Non-small lung cancer accounts for approximately 85% of all cases of lung cancer. Following are the risk factors that will cause a normal cell to become cancerous cells; 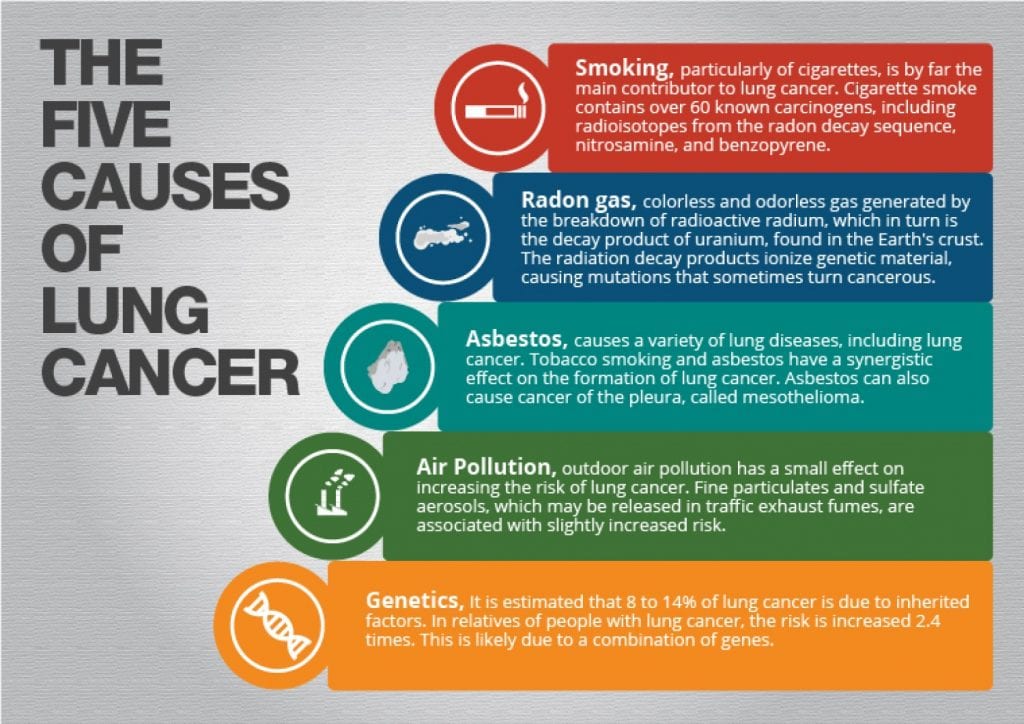 Causes of Lung Cancer in Non-smokers